Like all of Connemara Chauffeurs tours, our day tour to the Cliffs of Moher fully customizable in that you can see or do as little or as much as you wish to during your day tour. Connemara Chauffeurs will pick you up at whatever point you wish, be it a hotel or at a private address in Galway or even further afield. Once all the friendly introductions have been completed your driver will begin the day tour to the Cliffs of Moher / the Burren heading out towards Oranmore ClarinBridge and Kilcolgan. 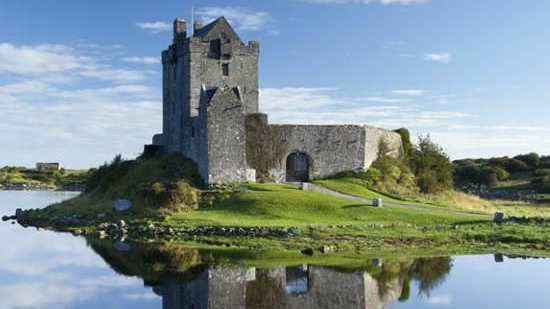 One of the most photographed Castles in Ireland, Dunguaire is a great example of a sixteenth-century tower house.

These first number of miles leaving the City of the Tribes, Galway, are fairly bland and uneventful, making it a great time to get to know your driver / guide. He or she would be delighted to answer any questions you could possibly have regarding the Burren, The Cliffs of Moher or every Ireland in general!

The first stop on your private tour of the Burren and the Cliffs of Moher is Dun Guaire Castle which is a great example of a 16th-century tower house. This is one of the most photographed castles in Ireland and is well worth a picture stop. You will have the option of taking a guided tour of Dunguaire Castle however you could certainly simply explore the Castle yourself and walk around the grounds. It is located in the picturesque village of Kinvara, famous for it’s Regattas every year.

After leaving Kinvara we head on to Hazel Mountain chocolate factory or the Burren perfumery, or both if you so wish as we said this tour is fully customizable. These are very interesting stops and are something that the large bus tours simply can not easily get to, which makes our private tours of The Cliffs of Moher so much better! Another popular stop would be Caher Connell Stone Fort which also has a sheepdog demonstration that you can witness.

From here stop to Polnabrone Dolmen to view an ancient portal tomb set in the rugged exposed terrain of the Burren. While it isn’t a particular challenging walk some care is needed when walking up to the site of Polnabrone Dolmen and it would certainly help if you were wearing a sensible pair of shoes!

From here will head towards the Cliffs of Moher with a possible lunch or coffee stop in Lisdoonvarna. There are some Celtic hi crosses to see here if you are interested.

From there we head straight for the Cliffs of Moher where you can spend an hour or two or more if you wish to take in the spectacular sites of the cliffs. There is a visitor center that gives plenty of information regarding the cliffs and the surrounding area. There are many options available with regards to visiting the Cliffs of Moher in that you don’t simply have to go to the visitor centre. The Cliffs of Moher are 14km long and there are many trails that take you all along the Cliffs. Needless to say great care needs to be taken but we have never lost a guest yet and do not plan on it either. Once all safety precautions are taken and everyone sticks to the paths there is very little danger. If you wish to take one the hiking trails good foot wear and clothing is essential. 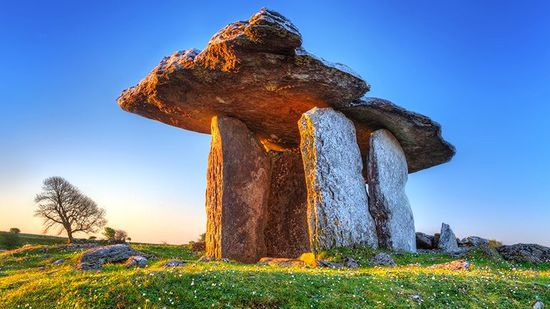 Polnabrone Dolmen in the Burren

This ancient relic of times gone by gives you a glimpse into the stone age life of our Irish Ancestors. More information on Poulnabrone Portal Tomb

From the Cliffs of Moher we had towards Dublin where I want to be had if it hadn’t been eaten already and then on towards the coast road tour with Galway which is spectacular in that on one side you will have the wild Atlantic Ocean and on the side the Burren landscape in all its rugged glory. 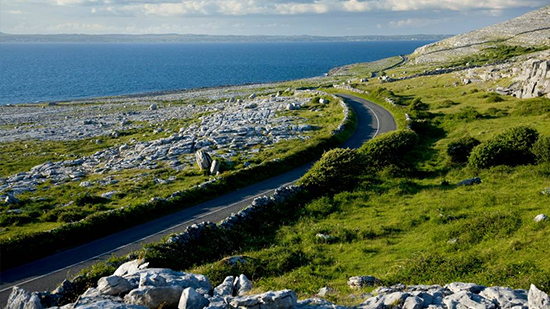 At the end of your private day tour of the Cliffs of Moher, the coast-road home is a spectacular one!

On the Coast road home through the Burren, you will be blown away by the stunning lunar-like landscape that the Burren is renowned for. You will pass through the quaint little village of Fanore which has a stunning beach. If you hadn’t stopped for lunch already by this time you will be ravenous and a stop at O Donahues will be a requirement! One of our guests, an elderly lady stated to us that she had the very best smoked salmon ever in O Donahues and that she had tasted quite a bit during her lifetime. Who are we to argue with that. Regardless of whether you had lunch or not a coffee or tea can be had should it be required.

As we head for home on our final leg of your private Cliffs of Moher day tour we will pass Black Head Lighthouse which has some very beautiful views of Galway Bay and the Aran Islands. Our guests love to take photos here and it is well worth the effort.

Once passed Ballyvaughan which is another picture postcard-like village we will be heading to your drop off point where you will hopefully be ready to rest and relax after your private Cliffs of Moher Day Tour! 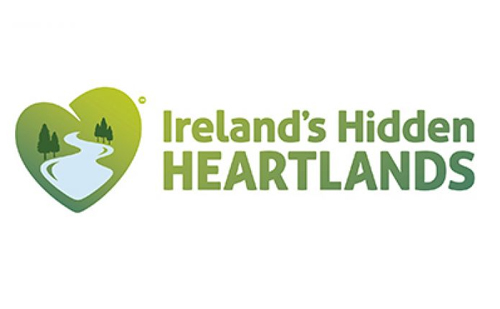 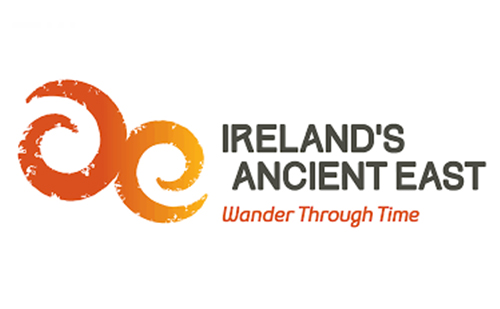